Geneviève De Coux was born in 1947 in Namur, Belgium during her parents’ holidays. The family lived in the Belgian Congo, where her grandparents owned a coffee plantation. Her father Antoine De Coux was a magistrate and her mother Cornélia du Marais was a painter, writer and poet.

Geneviève and her brother Christian enjoyed an idyllic childhood until 1960, the year of the Congo’s independence. The family had to forgo everything and emigrated to Belgium. Their paradise was lost.

Geneviève found herself in Brussels, at the “Institut de la Vierge Fidèle”, a prestigious Catholic school. This radical change of scenery stoked the fire of her ontological search and she found refuge in art. She sketched a lot and parallel to her studies, furthered her education in art and interior design. Holidays were often spent at her mother’s windmill in Sintra, Portugal. 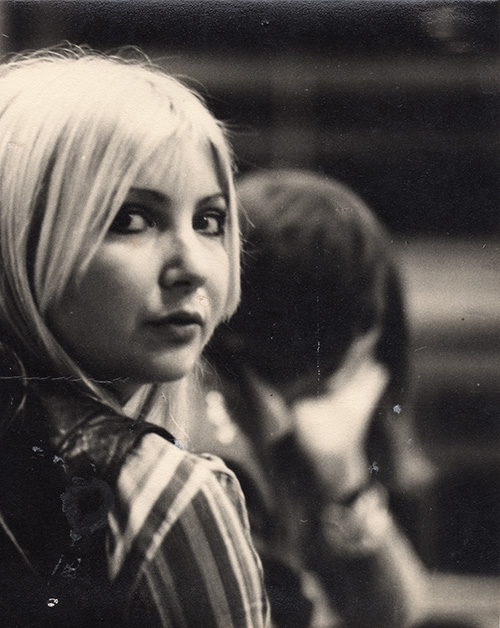 At 18, she enrolled in Art History and Archaeology at the “Université Libre de Bruxelles”. These years were marked by the radical change that traditional ideologies undergo, and which would eventually lead to the 1968 Revolution. On the eve of her third year exams, while studying her philosophy paper, she stumbled upon a saying of Socrates which hit her straight in the heart: “Know thyself”!

Realising that this was precisely what she had always been looking for, she instantly dropped her studies and set out for India by road in search of a living Socrates or Buddha. 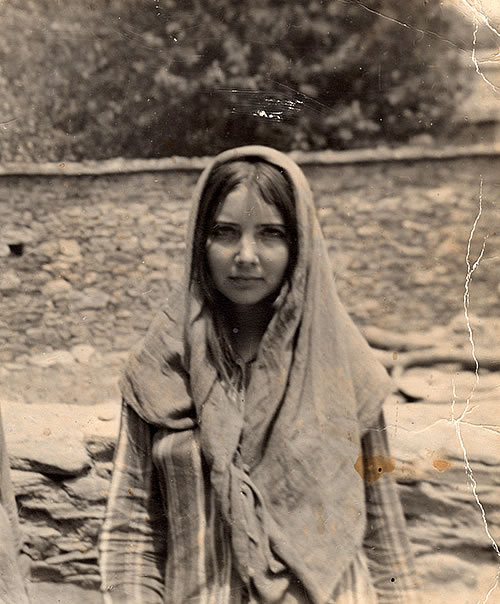 On reaching the Himalayan foot-hills, she led a meditative and ascetic life by the Ganges in Rishikesh, waiting to meet her master. The locals soon began to call her Mira like the princess who relinquished all for the love of Krishna.

At the end of 1968, in circumstances well worthy of Indian mythology, she met a man with whom she had an awakening experience. He left the following day without Mira knowing anything about him, neither his name nor his address. The one certainty was that finally she had found her master. To give herself the best chance of seeing him again, she decided to live at the exact spot of their meeting.

For eight months she waited for him and meditated under a little tree on the banks of the Ganga river. People started to consider her as a saint. One day, her master, H.W.L.Poonja, a disciple of Ramana Maharishi, came back for her. She became his disciple and wife and started to travel with him.

In 1971, H.W.L Poonja was invited to give Satsang in Europe and Mira accompanied him. Their daughter Mukti was born in 1972 and the little family went on traveling the world. Mira’s mother and brother, renamed Durga and Satish, also became Shri Poonja’s disciples.

After a stay in Venezuela, Mira moved to Brussels in 1981 to ensure her daughter’s education was provided for. It was a challenging time, interspersed with holidays to Portugal to visit her mother and trips to India to see her master with whom she kept a very close correspondence.

In 1990, H.W.L Poonja, also called Papaji, settled permanently in Lucknow where he gave Satsang every day until he passed away in 1997. His ever growing reputation attracted seekers from every corner of the world.

In 1998, Mira was invited to give satsang, which she continues giving to this day all over the world. She decided to call herself Ganga after the name of the river on whose banks she lived with her master.

In 2004 Ganga Mira moved to Portugal together with her mother Durga, who passed away in 2012. She lives near the wild ocean of the Algarve with her daughter Mukti and her grand-children, Arun and Satya, and gives satsang four times a week.